John Heaven's Tale about himself, a Passenger, the Guard, and a Lump of Coal.

On the 31st of December 2011, I crewed a Celebrity Century cruise ship charter train. lt was a big train
with over 250 passengers.

Early in the full day excursion, one lady called me aside.  She was cruising with a friend who had recently lost her husband. She asked me (being on a train): 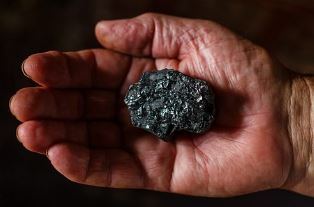 And explained it was Hogmanay!

and her friend and the late husband had regularly celebrated new year by “first footing and offering a gift of coal." lt would mean so much to her as this would be the first new-year without her husband"

Checking with the rest of the crew, Driver, Guard Pat Beman and Train Manager Allan Boyer it was soon obvious there was no line-side coal left anywhere on the Taieri Gorge Railway. After much thought, we came up with a plan. There was a Coal Retailer* alongside the Kiwi Rail South Island main trunk line few hundred meters north of Dunedin Station.

On the return journey to the Celebrity Century cruise ship, over the Government owned Kiwi Rail Main Trunk Line and a few minutes after leaving Dunedin station, the train was halted due to an “Operational Matter” and all passengers were advised to stay in their seats. Pat briefly left the train and on his return, signalled the all-clear and we resumed the journey. Train control in Wellington didn’t appear to notice we were a few minutes longer than usual clearing that block section of the main trunk.

Pat handed me the package, and I moved through the 10 or so carriages to the two ladies.

The look on their faces was worth a million dollars when I handed her a small brown paper parcel of coal. With a cheeky grin, the first lady replied to me:

“I did wonder about that non-scheduled Operational matter.”

* Now the site of Emerson's Brewery