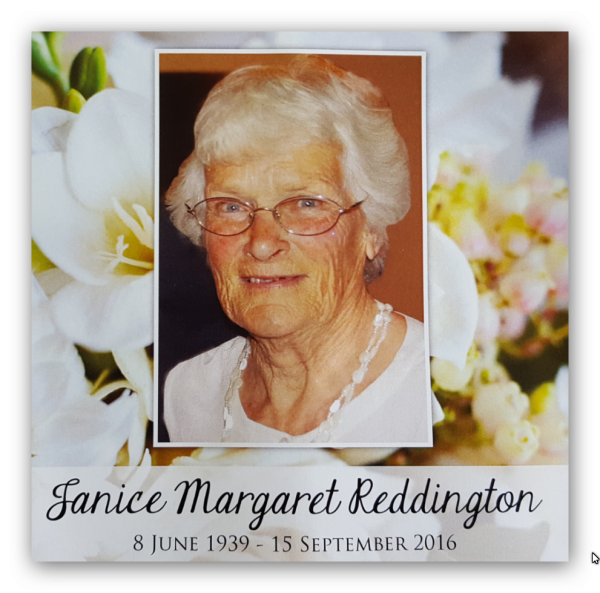 Janice Reddington a long serving member of the Otago Excursion Train Trust, and much valued volunteer worker on Cruise Ship Train charters, died on Thursday the 15th of September 2016.

Janice had a long association with the OETT dating back many years. She was a volunteer back in the days when the OETT ran the trains and in the years since the Company took over.

Her forte along with her good friend Doreen Shea was working in old "Crusty", the Buffet Car, especially on Cruise Ship Train charters. Her last season on the job was 2014-2015 after which she and Doreen both retired.

A large turnout of volunteers attended her funeral. May she rest in peace.